Officially, Kate’s Kitchen chooses to remain neutral in the highly divisive issue of pancakes versus waffles—but between you and us, it wasn’t much of a debate in the first place. Especially when it comes to the most fun breakfasts, waffles win. If you don’t believe us about the super-duper superiority of waffles, just try any of these nine recipes, and you’ll see what we mean!

What Is a Waffle, Really?

We’re starting with this recipe from Tikkido because of the amazing revelation that will unlock a million waffle possibilities as soon as you read it: any bread recipe can be cooked in a waffle iron.

Banana bread waffles are a great place to start (and make sure to check out the recipe for ideas on how to adapt a quick bread recipe to work best in a waffle iron). After banana bread, maybe try a muffin mix or a cake batter or a sourdough—the only limit is how far you’re willing to go!

If you’re not into banana bread, maybe pumpkin is more your thing. Kylee Cooks uses pumpkin puree to make a modified pumpkin bread recipe, then crisps it up in the waffle iron and tops it with sugar and spice (and everything nice!). These would be perfect for a lazy fall weekend brunch—serve them with your favorite coffee drink or sparkling cider to get the cozy vibes flowing!

If you want a convincing argument for the existence of savory waffles, it’s hard to find a better example than Two Cups Flour’s savory waffles made with spinach and tomatoes. A little skeptical? We get it; we were too! But if you’re even slightly curious, we promise this combination is completely worth your time.

The waffle batter tastes less sweet and more biscuit-like because of the addition of buttermilk. Then, you add even more savory goodness with chopped spinach, fire-roasted tomatoes, and sharp cheddar cheese (when we tried this recipe out, we actually went with Swiss; it was delicious).

All in One: Eggs, Bacon, and Waffles

What if, hypothetically, you wanted to make cheesy scrambled eggs, bacon, and waffles—but it needs to be portable, and you only have two hands, so you can’t possibly hold all three of those things at once? If this is a problem you’ve been having, we’ve found the solution!

Julie’s Eats and Treats has chosen to follow a path most people only dream about: putting the scrambled eggs and bacon into the waffles. The best part is, if you have time to use a plate to eat your breakfast, they’re super delicious with maple syrup!

This Isn’t Your Gran’s Chicken and Waffles 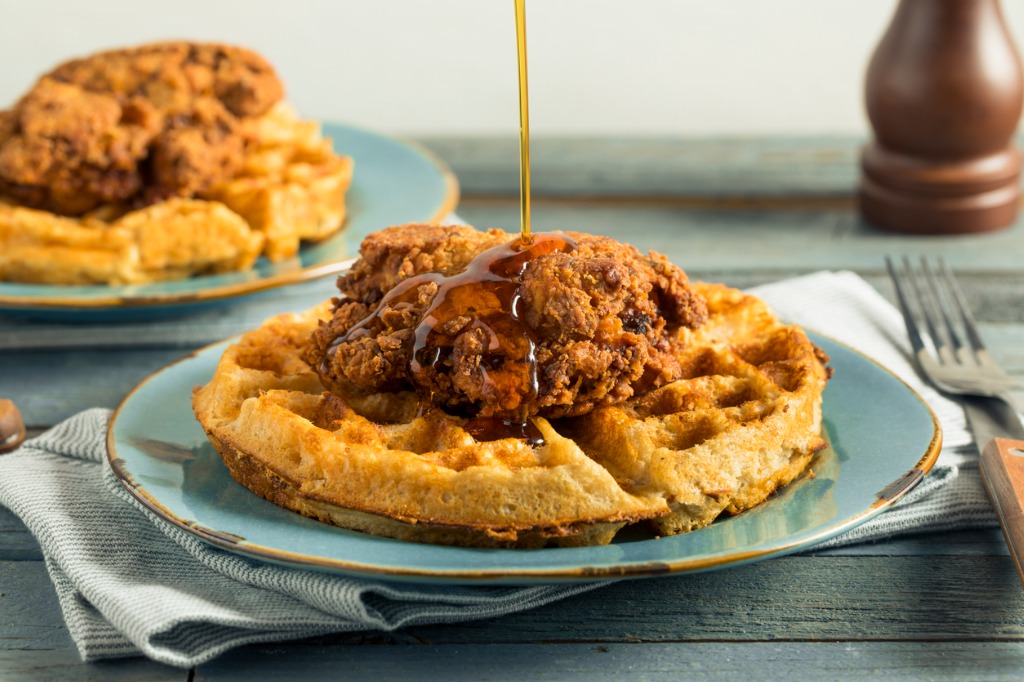 This update to the classic chicken and waffles flavor combination (courtesy of Food Meanderings) uses strawberry jam and sliced strawberries to add a pop of fruity sweetness to the savory flavors of bacon and chicken strips, all layered onto fluffy maple waffles. Plus, since it’s a sandwich, you may have just found your new favorite breakfast on the go!

Chili and Cornbread (Except It’s Waffles…)

If you want waffles for dinner, but you’re craving something more savory than sweet, try this cool find from Tastes Better from Scratch! Instead of your usual waffle recipe, cook up some cornbread in the waffle maker. Then, load those cornbread waffles up with homemade chili and all of your favorite chili toppings.

We’re talking cheese, sour cream, diced onions, jalapeños, hot sauce—there’s no such thing as too many toppings on chili or waffles, so pile ‘em high and get as crazy as you want! Remember: there’s no wrong way to waffle. This recipe is proof of that.

The process of putting tomato sauce and cheese on any form of bread, heating it up, and calling it “pizza” has been around forever (it’s literally how pizza was invented!). Create Yum saw this trend and obviously thought, “but why not waffles?”

And we have to say, pizza waffles are a concept we never even considered before seeing this recipe; but now that we’ve seen it, we’ll never be the same! Imagine double pepperoni waffles, veggie lovers waffles, spicy luau waffles with ham, pineapple, jalapeños, and barbeque sauce…we could go on like this forever!

Next: A Recipe That Matches Your Teen’s 2012 Aesthetic

Does anyone else remember around 10 years ago when every bakery on the planet became obsessed with red velvet cupcakes? We think this flavor deserves a comeback, and Easy Budget Recipes had the same idea.

The secret ingredient for this waffle recipe is buttermilk—and it’s worth clicking through to the recipe just to see all the reasons it makes sense to use buttermilk in your waffle recipes. Plus, there’s a tip that explains how to turn regular milk into buttermilk, just in case you don’t have some in the fridge. 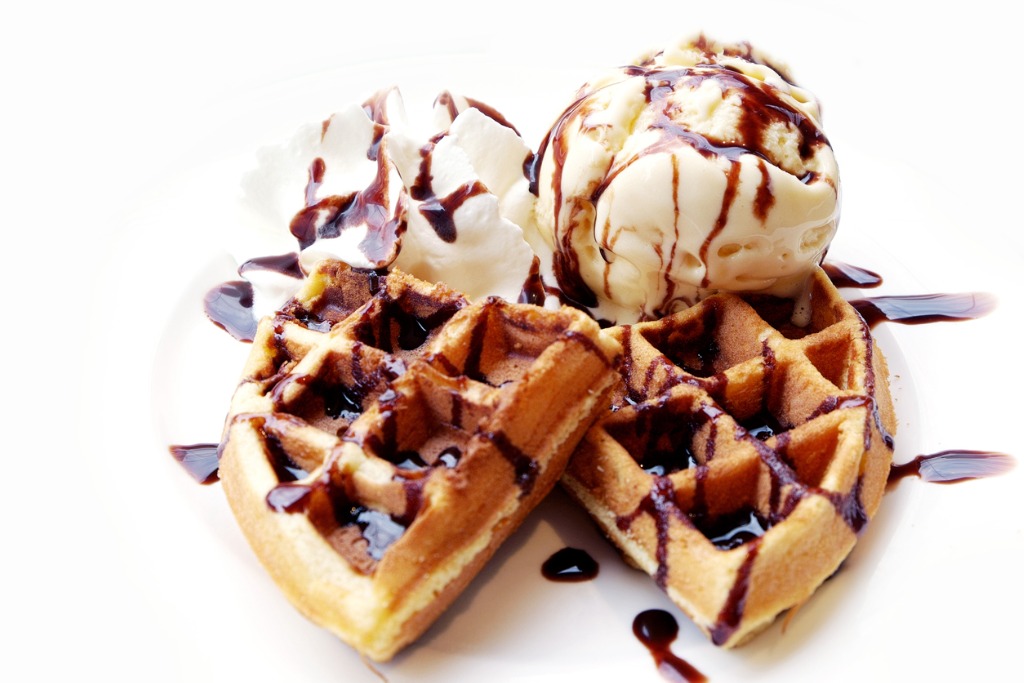 If you love waffles so much you want to eat them for every meal, you can’t forget about dessert! We really love these waffle ice cream sandwiches dreamed up by The Sweet Escape. Of all the recipes we’ve mentioned, this one has the most options for creativity and customization.

You choose the ice cream flavors, the waffle flavors, and the waffle mix-ins, and you can even add more toppings on the outside! This is a treat that doubles as an activity, which makes it perfect for sleepovers or any other gathering that would be improved with waffles and ice cream—by which we mean every gathering ever.

If you don’t have time to cook super-duper fun waffles yourself, no worries! You can come on down to Kate’s Kitchen and try some of our waffles! For your very own super-duper waffle experience at Kate’s, you’ll want The King: waffles topped with warm peanut butter, bananas, powdered sugar, and butter.

Whichever way you decide to waffle, have a great breakfast!

What Is the Difference Between Pancakes and Waffles?
Don't know the difference between pancakes and waffles? There are probably a couple of you out there... Learn here!
An Ode to the Wonderful Waffle
Even Thomas Jefferson ate waffles. What's not to love?
How Do You Like Your Waffles?
We really wanted to talk about the delicious breakfast treat that is, waffles. You can enjoy them a ton of different ways, and let's be honest, they are a breakfast favorite! Let's hear it for waffles!
Copyright © 2022 Kate's Kitchen & Ronnie's Restaurant - All Rights Reserved
Back To Top