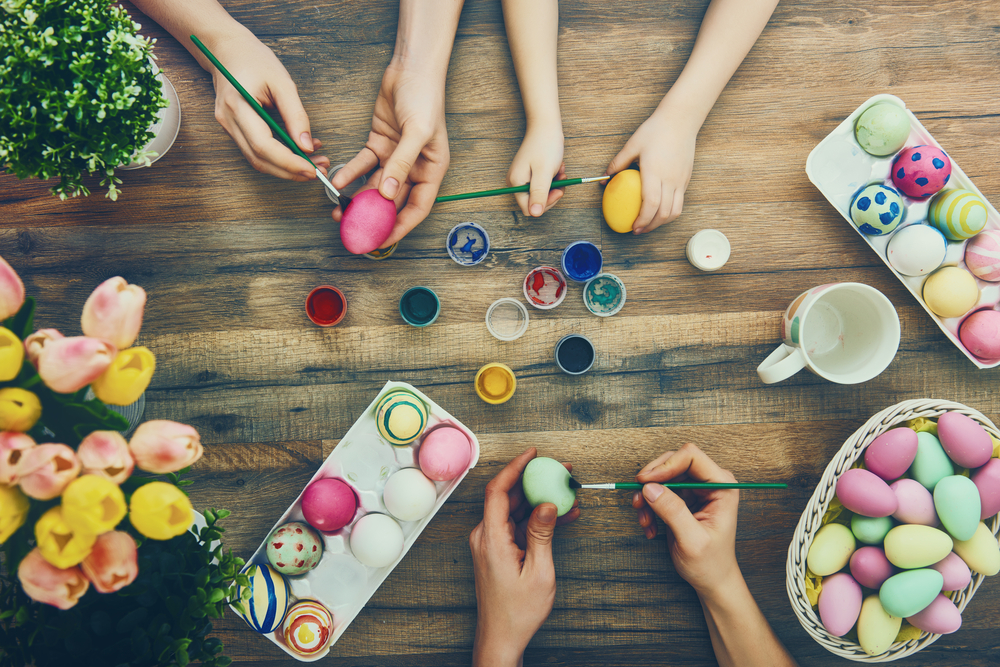 The majority of Americans have grown up familiar with the custom of decorating eggs and gathering candy in honor of the Easter holiday. The rituals that we loved as kids ushered in the spring season, and helped those raised in Christian families celebrate Jesus’ resurrection. But where did traditions like the Easter egg come from? Let’s find out.

Although the Easter egg is commonly thought of as a secular symbol for a Christian holiday, eggs and bunnies do have some roots in Christianity, however obscure. As early as the 13th Century, people began decorating and eating Easter eggs. Some theories hold that, since eggs were once forbidden during Lent, devout Catholics would celebrate the end of the Lenten fast by eating decorated eggs. Others associate the eggs with Jesus’ emergence from his tomb, while still others claim that Easter eggs have their very earliest roots in pagan rituals celebrating springtime and fertility.

Like eggs, rabbits are commonly associated with fertility, as anyone who has ever owned or worked with rabbits can attest. We aren’t entirely sure where the Easter bunny originated, but most historians agree that he made his way to the US in the 1700s with German immigrants who brought tales of an egg-laying hare. Children would make nests for the hare’s colorful eggs, and sometime within the next hundred years or so the Easter bunny began leaving candy and chocolates to accompany the Easter egg breakfast.

While eggs and bunnies have been around for a long time, Easter candy is a relatively new addition to the holiday. Chocolate eggs were first created around the early 1800s in Europe, and quickly became popular in the US as well. Jelly beans were introduced to the holiday in the 1930s, and the familiar marshmallow Peeps didn’t come into play until the 1950s. The nests that children used to make for the German Oschter Haws were eventually replaced with baskets, and the Easter bunny started leaving only candy and toys for the kids and hiding his eggs instead.

Candy and eggs may be the first foods you think of when it comes to Easter, but they aren’t the only meal items associated with the holiday. In the US, egg dishes such as quiche are commonly served for Easter brunch, with ham – signifying luck in the new season – the traditional choice of meat. European traditions tend to center around lamb instead, with both a Christian interpretation of Jesus symbolizing the lamb and a more pagan viewpoint of new life. Finally, hot cross buns and other cakes are an important part of any traditional Easter meal.

It doesn’t have to be Easter for you to enjoy eggs, ham, and other well-prepared breakfast foods in a quaint and friendly atmosphere. Stop by Kate’s Kitchen any day of the work week, starting at 6:30 AM, and see why we are the area’s favorite stop for breakfast and lunch – you can even order a to-go meal to get your day started on the right foot without being late for work!

Are Omelets Healthy for You?
We're putting an end to the debate that has been had on and off for years. Are omelets healthy? Read to learn about the many health benefits!
15 Different Ways to Cook Eggs
There are a staggering number of ways to cook and prepare eggs! They are truly one of the most versatile foods on the planet. Here are 15 ways to cook eggs.
Where to Find The Best Eggs Benedict in Kansas City

Eggs Benedict is an important part of the traditional American breakfast and brunch. It is…