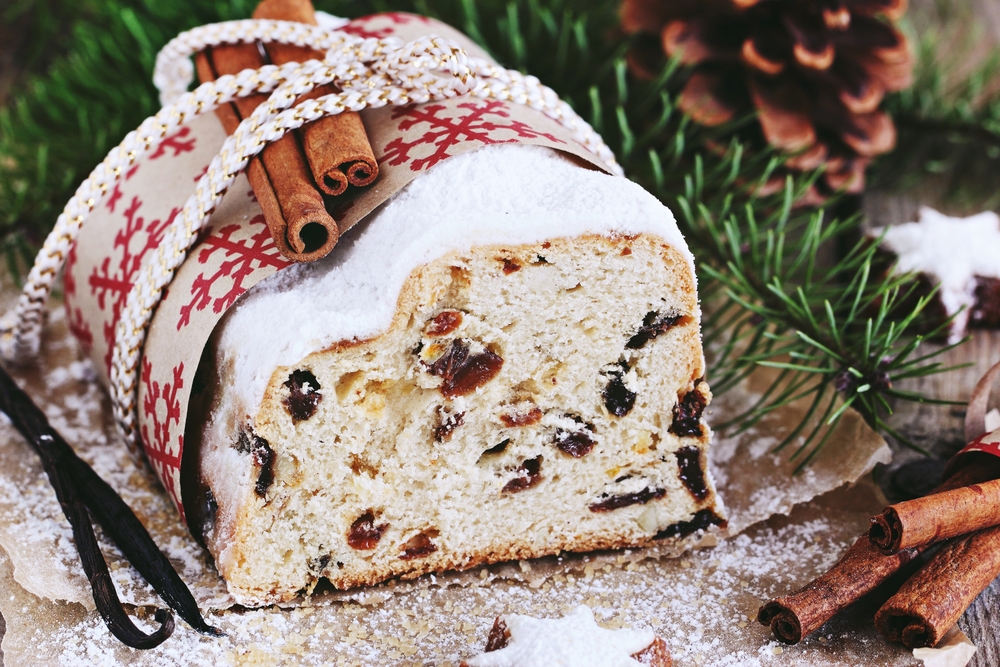 The holiday season is a time for family and to celebrate favorite family traditions. For many families, the center of the Christmas celebration is the dinner table. But on Christmas morning, for many cultures across the world, breakfast isn’t just any old thing. In fact, Christmas breakfast traditions are just as important as the rest of the traditions that happen throughout the day.

Many countries in Europe have their own special Christmas breakfast traditions. Germany is well known for stollen, a fruit cake made from yeasted dough, candied fruit and almonds. It is made two weeks in advance, brushed with butter and sprinkled with a good dose of powdered sugar before being stored until Christmas. Another popular German breakfast food is an Angel’s Braid, a type of sweet cake made with candied orange peel, brandy-soaked raisins, and almonds.

France’s Christmas breakfast is full of sweet pastries. Many families will partake in pain au chocolat, croissants and brioche doughnuts. You may even find a quiche Lorraine on the table as well.

Austria is famous for its linzer torte. This short dough torte has a crumbly crust made with hazelnuts and is filled with jam. It is quite unique because of its intricate lattice top.

In Finland, riisipuuro is a very traditional Christmas breakfast item. Riisipuuro is a porridge made by cooking rice in milk and seasoned with cinnamon. It is usually served with a pat of butter and splash of milk. The tradition with this dish is to place a single almond in the pot before serving. Whoever gets the almond in their bowl gets to make a wish. Some families believe that the one who finds the almond is destined for marriage in the very near future.

One of Mexico’s most traditional Christmas breakfast items is atole, also sometimes called champurrado. Atole is a thick chocolate beverage, almost porridge-like in its consistency, made with corn flour and served hot. Buñelos, fried balls of dough, are also quite common at Christmas as well as throughout the rest of the year.

The traditional Christmas breakfast food of the Philippines is bibingka. A sweet and sticky food, it is made of rice flour and coconut milk and then baked in a banana leaf-lined clay pot. It is served topped with a cheese called kesong puti and grated coconut. For a savory element, it is sometimes served with a salted duck egg on the side.

Jamaica’s traditional Christmas morning starts with ackee, which is the country’s national fruit. It is described as having a flavor similar to scrambled eggs. You will usually find saltfish or salted cod, as well. Other staples on the table include breadfruit, which is a starchy fruit that is usually baked, roasted or fried, and fried plantains.

The United States is full of families who are always in a hurry, and for this reason breakfast is always rushed. But on Christmas, everyone gets to be together and relax. For this reason, breakfast tends to be more elaborate. The tables vary from family to family, but some staples include French toast (topped with powdered sugar, fruit and syrup), pancakes, cinnamon rolls, monkey bread, breakfast casseroles and quiche. In the Appalachian Mountains, however, there is one particular tradition that is all its own. The residents are mostly descendants of seafarers, so for this reason they eat fried or stewed oysters Christmas morning.

Christmas is about spending time together. Whatever your traditions, enjoy your breakfast and the company, and celebrate your time with one another. Have a Merry Christmas!

Kate’s Kitchen and Ronnie’s Restaurant will both be closed on Christmas Day but we will be back open bright and early at 6 am on December 26!

9 Easy BBQ Recipes to Celebrate the Summertime!
With summertime around the corner, it's time to get that grill ready. Here are a bunch of BBQ ideas that you have got to try!
Ranking Our Top 10 Summer Foods!
Summer means warm weather, longer days, and delicious food. Read this blog to learn our top 10 favorite summer foods.
How to Support Local Businesses in Kansas City