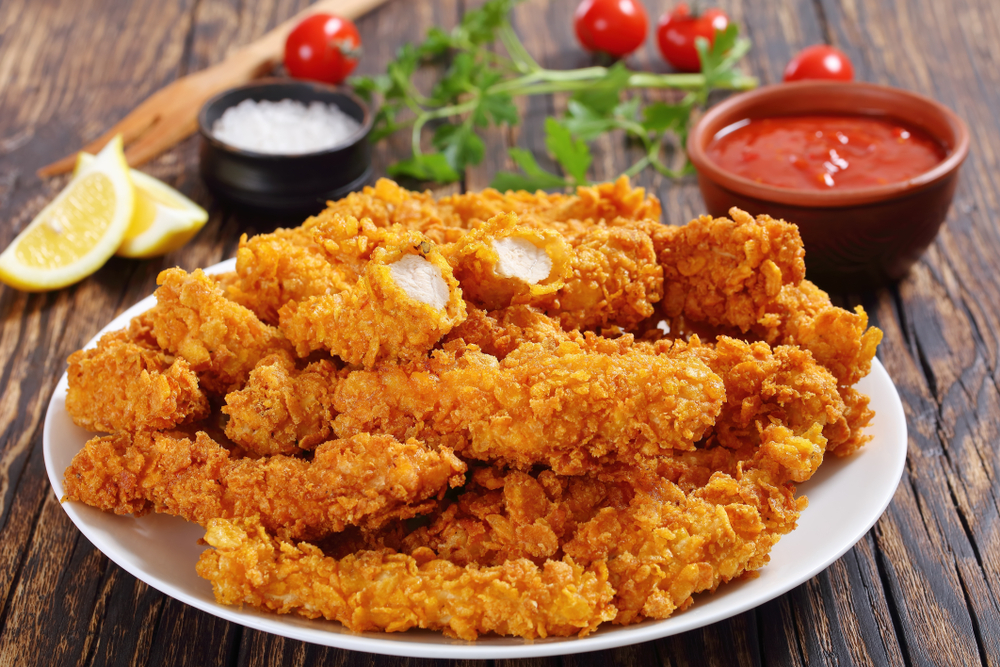 Chicken fingers are a staple here in the United States, and it feels like it’s always been that way. It’s hard to imagine a world without these delectable strips of fried juicy goodness, and frankly, we don’t really want to try.

In the spirit of not taking the best things for granted, we thought we’d take a second to show some love to America’s favorite finger food.

Everything You Never Wanted to Know About Chicken Fingers

1. Where Did Chicken Fingers Come from? (Hint: It’s Not From the Stork)

This is a highly debated topic among chicken finger afficiandos—there are two parts to this story. We may never know what really happened or who we have to thank for these little crispy delights, but we do have a few ideas.

Scottish Traditions in the South

Before chicken fingers, Americans first had to learn about fried chicken. Where did we pick up the tradition? The answer is immigrants — as is the case with most of our traditions. According to Mike Saib at ergochef.com, during the middle ages, most Europeans were strictly boiling or baking chicken. In Scotland, however, they were frying it. As the Scots began immigrating to the United States, they brought this tradition with them.

There is also the less desirable theory that, because of the slave trade, people brought over from Africa were working in kitchens and introduced Americans to fried chicken.

Here’s where things get tricky. Not too long ago, a restaurant in Manchester, New Hampshire known as The Puritan Backroom said that they actually invented the chicken finger back in 1974.

The truth? It was confirmed by Saib in the same article that this restaurant was the first national mention of the term chicken tenders, but other places were serving the same variation of this recipe during that time too.

You see, chicken fingers are just thinner strips than chicken tenders. Technically, then, they may have invented the tender, but it mostly comes down to wording. At the end of the day, all variations are equally good: nuggets, fingers, tenders.

We’ve never met anyone who doesn’t like chicken fingers, but there are exceptions to every rule. That got us asking ourselves, “Just how popular are these fried strips of chicken, really?”

According to statistics: pretty darn popular. Statista reported that 182.91 million Americans used frozen fried chicken in 2018. That’s more than half the population! They also found that 69.4 million Americans consumed chicken nuggets during the same year.

The verdict: A TON of people like chicken fingers.

3. How are Chicken Fingers Made?

While we prefer you make it easy on yourself and come enjoy some of our juicy, tender chicken fingers at Kate’s Kitchen or Ronnie’s Restaurant, we won’t deprive you of this final chicken finger tidbit.

Although we can’t share our secret recipe, we can give you the basics.

Stop by Ronnie’s in Lenexa, KS or Kate’s in Gladstone, MO for a plate of what are claimed to be the best chicken fingers in town! Click here to view our entire lunch menu.

Why Do We Enjoy Comfort Foods so Much?
Understanding why comfort foods make you feel good.
Where to Find the Best Pork Tenderloin Sandwich in Kansas City

Where to Find the Best Reuben Sandwich in Kansas City

Who doesn’t love a good sandwich? But not just anything will do; the bigger, the…