Where to Find the Best Reuben Sandwich in Kansas City 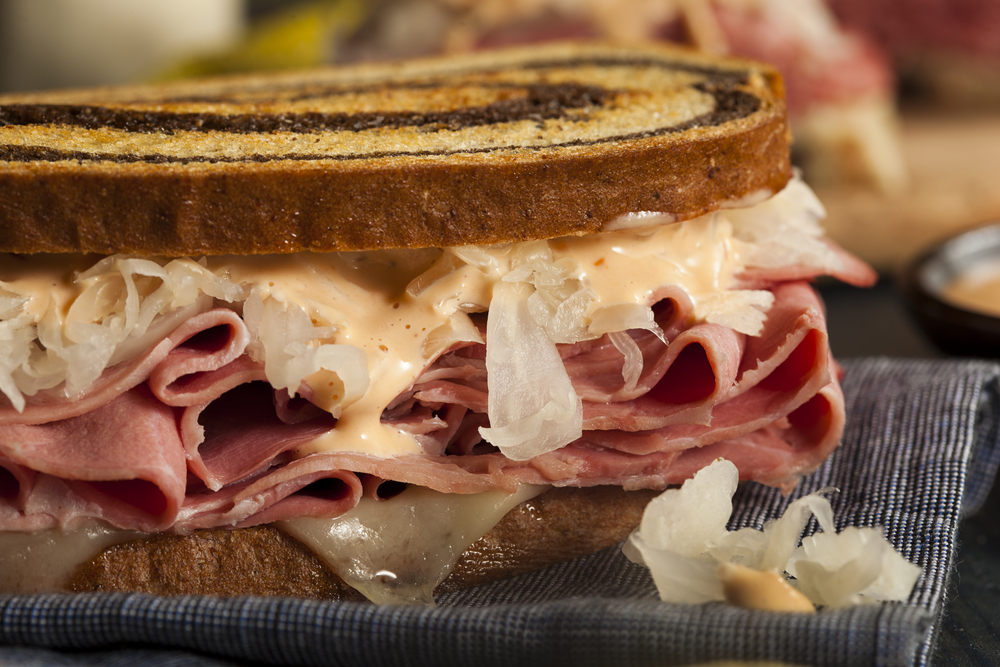 Who doesn’t love a good sandwich? But not just anything will do; the bigger, the better. Meat, cheese, and dressing all housed between two slices of fresh, soft bread. There are many types of sandwiches out there, but one of the most iconic around is the Reuben. With St. Patrick’s Day right around the corner, there’s no better time than now to get yourself the best Reuben sandwich in Kansas City. Read on to learn more about this delicious classic!

What are the Origins of the Reuben Sandwich?

There are actually conflicting stories on how the Reuben got its start. No matter which story is true, the Reuben is undeniable an American sandwich. Where in America it was created, however, depends upon the story you believe. One story gives it its start in 1914, in New York City. The creator: Arnold Reuben, founder of Reuben’s Deli. He made the sandwich for Charlie Chaplin, who came in asking for a combination because he was so hungry he could “eat a brick.” Reuben put Virginia ham, turkey, swiss cheese, coleslaw, and a good serving of his special Russian dressing between two slices of rye bread. Chaplin suggested he call it the “Annette Seelos Special” and Reuben shot the idea down, saying he would call it the “Reuben Special.”

The second story gives the credit of creation to Reuben Kulakofsky a Lithuanian-born grocery store owner who lived in Omaha, Nebraska. Kulakofsky was part of a weekly poker game that was held at the Blackstone Hotel from around 1920 to 1935. The members of the game used to make sandwiches for one another for their games. Kulakosky made the sandwich for one of their games. One of the players, who was the owner of the Blackstone Hotel, liked it so much, he put it on the hotel’s menu.

What’s in a Reuben?

There are several variations of the Reuben, but a true Rueben is a mixture of delicious ingredients from all over the globe. First up, corned beef, a salt-cured meat. Many Reubens are topped with Swiss cheese, an American variety of Swiss Emmental. This cheese is mild with a slightly sweet, slightly nutty flavor profile.
The Reuben has two toppings. One is the German sauerkraut, which is a fermented cabbage. The fermentation gives it a distinctly sour flavor. The other is a Russian or Thousand Island dressing. While these two dressings are often used interchangeably, they are different. Both start with a mayonnaise and ketchup base. Thousand Island dressing is on the sweeter side, with pickled relish and sweet peppers, while Russian dressing is spicier, made with horseradish and chili or hot sauce.

The meat, cheese, and toppings are then placed between two slices of Jewish rye bread, a denser bread with a distinct flavor, due in part to the caraway seeds. The sandwich is often grilled, melding the flavors together in perfect harmony.

Have a Reuben Sandwich This St. Patrick’s Day

It’s March, which means it’s time for St. Patrick’s Day festivities! Corned beef and cabbage happens to be the quintessential meal that Americans consume on March 17, and that, of course, includes the Reuben sandwich. There is no better time than now to get your hands on a warm, flavorful and delicious corned beef-filled Reuben sandwich.